New York City is famous for a lot of things.  Some say it’s the greatest city in the world.  It has the best of the best of many things.  Some of the most well known and best restaurants are in New York City.  There are tons of options for food from fancy 5 star restaurants to an endless number of pizzerias.  If you know a New Yorker, they will most likely include the Halal street carts as one of their top guilty pleasures for fast food.  In particular, this one.

My husband and I usually visit New York at least once a year, but this year we weren’t able to go.  So we were missing New York a little.  The easiest way to fill that void?  Eat.  We decided to recreate Halal cart-style chicken and rice at home. 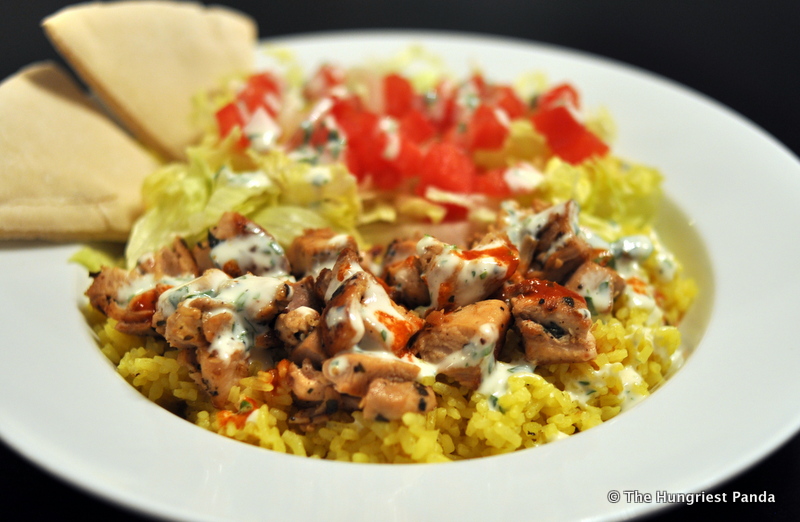 The turmeric rice is to die for!  It smells so fragrant and amazing!  All we were missing was a styrofoam or tinfoil box.