My ayi makes the BEST dumplings!  Every few months she makes us a big batch that we keep in our freezer.  It’s great to have them for whenever you don’t know what to eat — or if Sherpa’s delivery is running extra slow that day.  Hopefully next time I’ll get her secret recipe to share with you.  But for now, if you’ve got some frozen dumplings homemade or store bought you can cook them two ways.  Boiled or fried.  There is also an option to steam the dumplings but that gets a little more high maintenance when you’re looking for something quick so I usually choose to boil or pan-fry.  Here’s how to prepare them:

PAN-FRIED DUMPLINGS:  You will need a large pan with a lid, some vegetable/canola oil, one cup water, spatula or wooden chopsticks.

First heat up your pan for 3 minutes on medium setting.  Add about 1-2 Tablespoons of oil to the center of the pan (note: do not swirl the oil) for about 10-20 dumplings respectively.  Let the oil heat up for another 2 minutes.

Dip bottom of the frozen dumpling into the oil in the center and slide it out to the side of the pan.  Do that for each dumpling and line them up without touching.  Allow them to sear for 2 minutes. 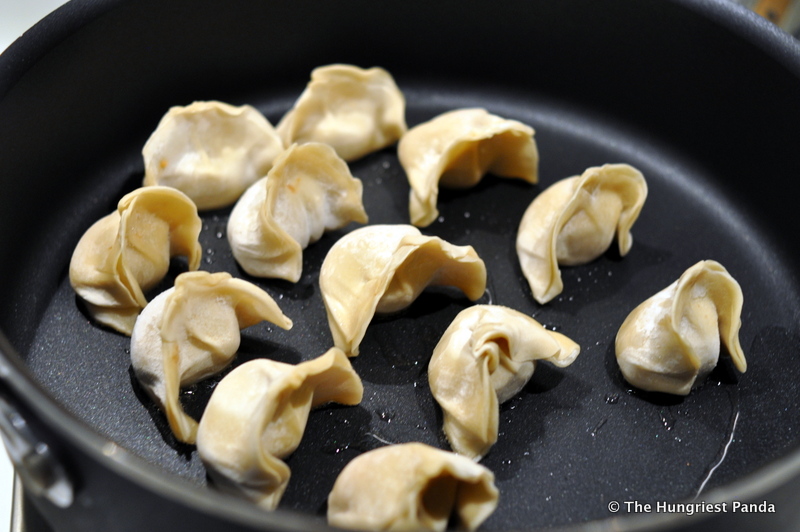 After about 4-5 minutes remove the lid.  Allow the water to evaporate. 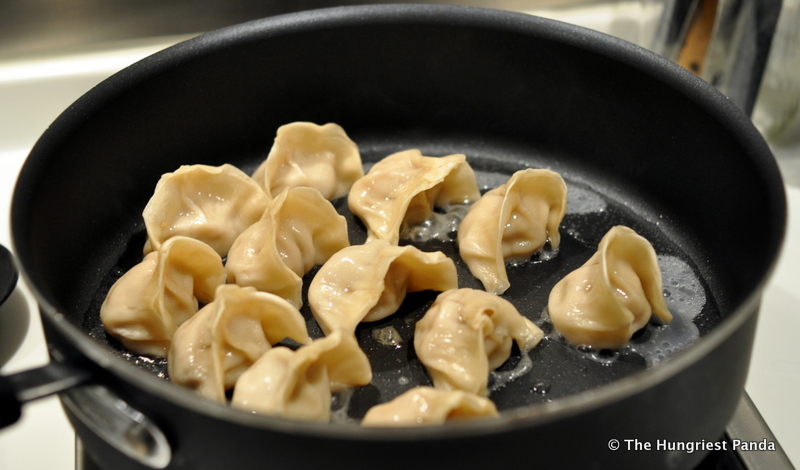 After the water has evaporated, allow the dumplings to fry a little longer, about 2-3 minutes, so the bottom gets a nice crisp.  Using your spatula or chopsticks, flip the dumplings on their side.  Allow them to fry on their side for another 1-2 minutes or until browned. 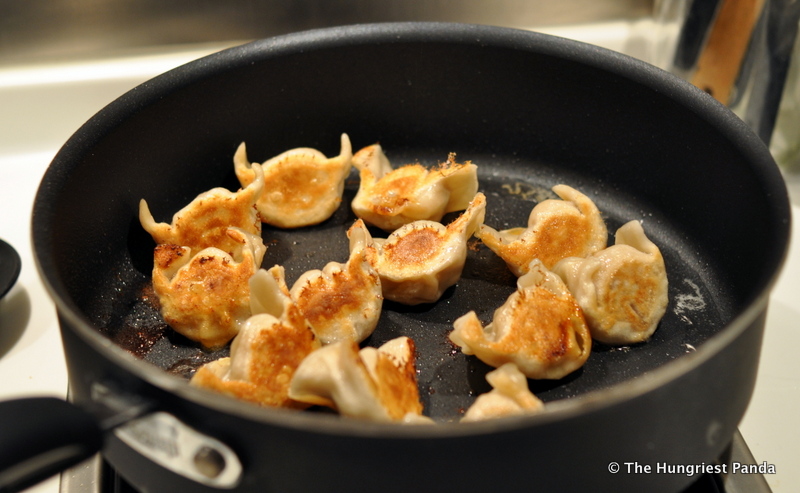 Remove from pan and pile them up on a bowl or plate.

BOILED DUMPLINGS:  You will need a medium to large pot.  Fill about halfway with water but allow enough room to add more water as you cook.  Prepare some extra water and a slotted spoon. 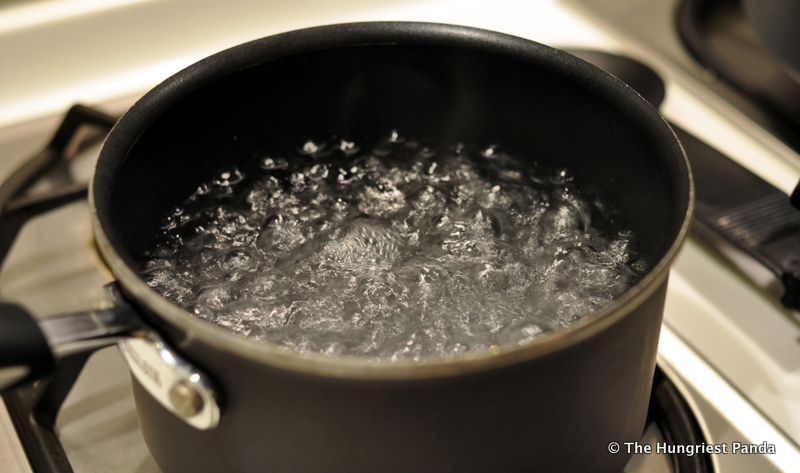 Drop the frozen dumplings into the boiling water and allow them to come to a boil again.  Give them a stir so they don’t stick to the bottom or each other.

Add a little bit of water to stop the boiling.

Repeat for another 2 times – allowing the water to boil and then adding more water.  The dumplings should float to the top when they are cooked through.

Using a slotted spoon.  Remove the dumplings into a bowl.

Make a dipping sauce for the dumplings.  This sauce is really a matter of taste but if you’re making for the first time and would rather measure it out, here it is in measured quantities:

I’m really torn between which kind of dumpling I like better.  I love the crispiness of the fried dumplings but I also like the chewiness of the boiled dumplings!