The 5 Tables Bistro is located walking distance from my house and is part of a slowly developing street, Danshui Road.  I’ve seen a handful of interesting shops pop up on this street and I’ve passed by this small French bistro several times.  I finally decided to check it out with my friend.

The restaurant is a petite bistro as the name implies and is clean, simple & modern.  There were 2 lunch sets available – Set A had a salad starter with a Pasta Main and Set B had a soup starter with either meat or fish as the main.  Both sets come with either a soda, coffee or tea.  My friend and I both chose set B. 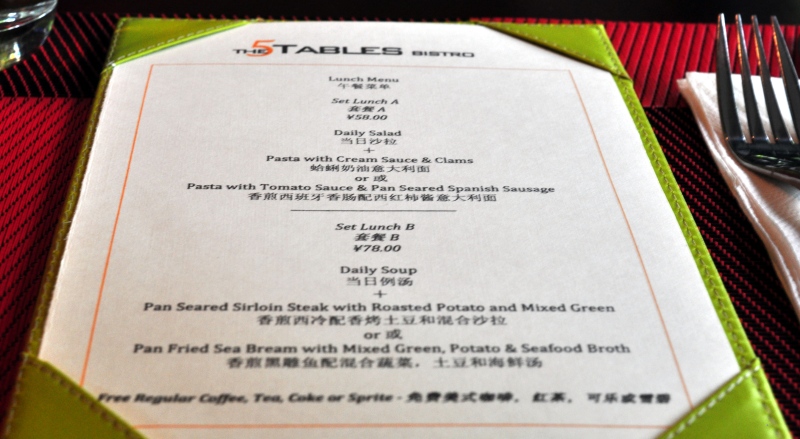 The starter soup of the day was a chilled carrot soup.  The first few bites had an unexpected tanginess which I believe because it was finished off with vinegar.  It took a few tastes to get used to but the cold soup ended up being refreshing for a humid day. 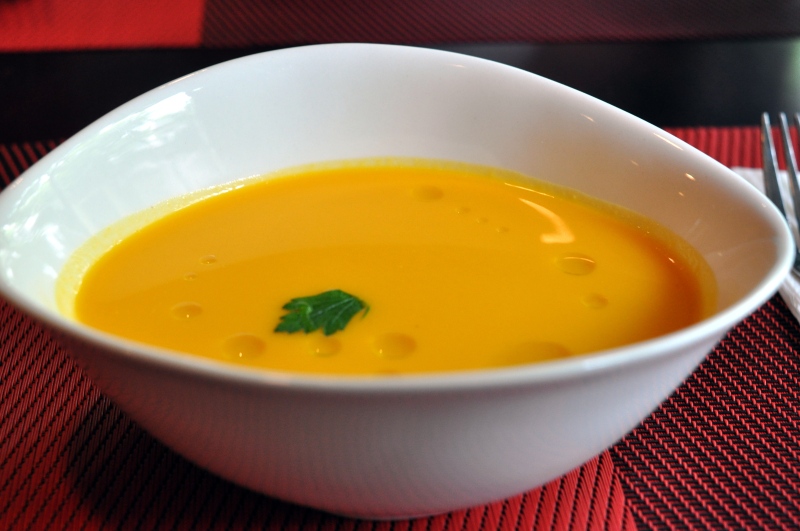 I ordered the Pan Seared Sirloin Steak with Roasted Potato and Mixed Greens.  My steak was properly cooked but over dressed with a balsamic glaze that wasn’t noted on the menu. 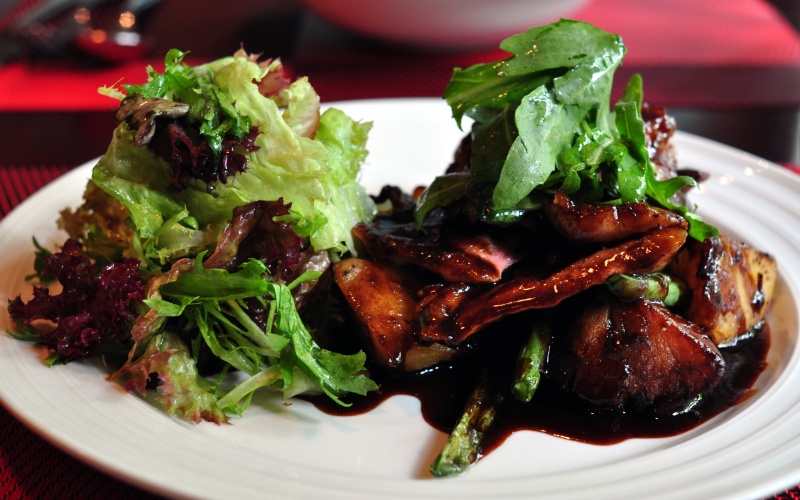 My friend had the Pan Fried Sea Bream with Mixed Greens, Potato and Seafood Broth.

The lunch set was reasonably priced at RMB 78 ($12) for the amount of food and type of food you are getting but overall I felt it could be compared to safe hotel style food with nothing too interesting.  And there wasn’t a dessert option if you’re craving something sweet.  I glanced at the dinner menu which looked pricey with dishes starting at mid 100 kuai to over 200 kuai ($15-$35).  One thing promising is that the menu changes from time to time.  I probably won’t be visiting there again unless I happen to pass by at a time where something looks especially enticing on the menu.